It’s been 12 years since the Welsh hills first came alive with the sound of Classic Rock. And like the towering, solid piece of stone it’s perched on, the Steelhouse Festival stands resolute – a seemingly immovable object on the festival landscape. Steelhouse looks set to be the biggest and best yet with rock soldiers from far and wide making the uphill ascent for a bill that mixes the classic and the contemporary and is as breathtaking as the location itself.
Officially the UK’s highest music festival, this unique event will once again be held in the spectacular surroundings of Hafod-y-Dafal Farm situated on the southern edge of the Brecon Beacons.
Aiming to be the UK’s best value rock festival where families and friends can rock out at a price that won’t clear out the holiday kitty, the event has built up a loyal following and a real heritage over many successful years. Classic rock cornerstones such as THIN LIZZY, THUNDER, THE DARKNESS, UFO, EUROPE, URIAH HEEP, GLENN HUGHES, BLACKSTAR RIDERS, SAXON, MICHAEL SCHENKER, MYLES KENNEDY, SEBASTIAN BACH, DEE SNIDER, SKINDRED, RIVAL SONS and more have all etched their names into Steelhouse history.

It's closer than you think!

The Festival site is less than an hour from CARDIFF and BRISTOL, and less than 2 hours from BIRMINGHAM READING and the WEST COUNTRY.
Sat Nav Information: NP13 2ER, directions to the festival are also printed on the back of your ticket. The nearest train station is Ebbw Vale Parkway. Where a shuttle-bus is available to take you straight to site.

By car from the M4:
Leave the M4 at junction 28, travel north on A467 to Aberbeeg, then left on to A4046 signposted Ebbw Vale. Proceed for a mile and a half, you will see the entrance to the festival site on your right.

By car from the A465:
Leave A465 at Ebbw Vale roundabout, the festival site is approximately 4 miles south on A4046 signposted Newport. 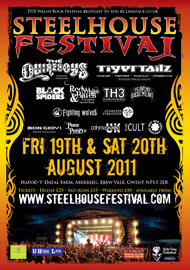 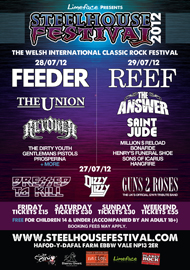 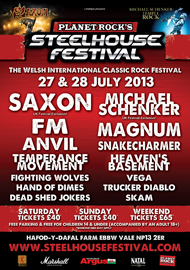 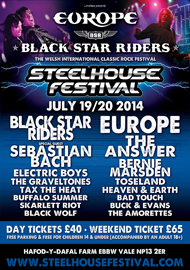 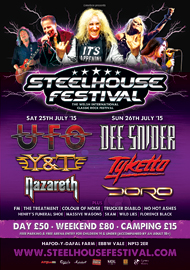 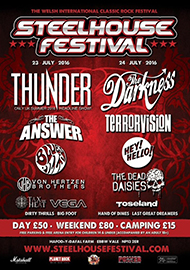 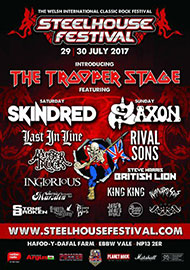 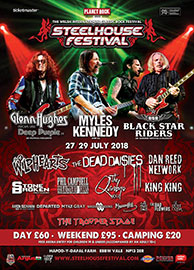 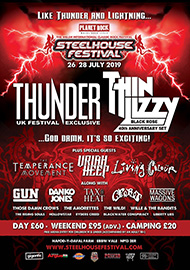 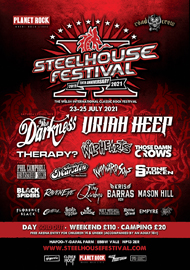 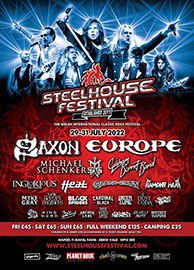